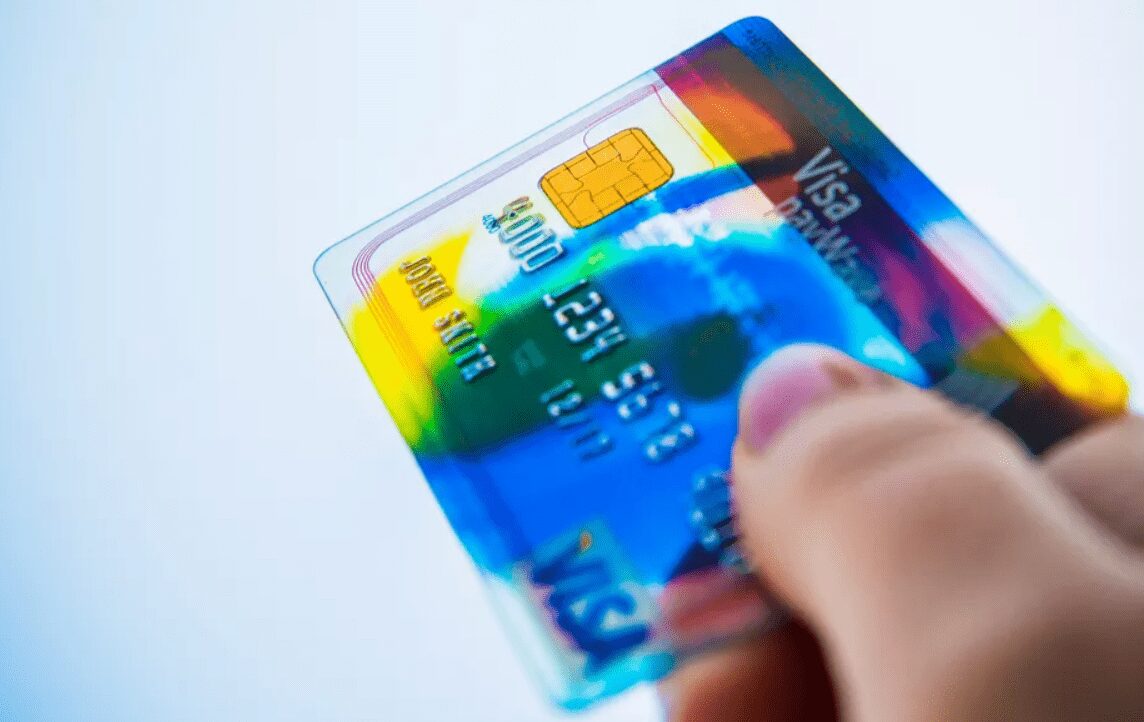 Almost Half of U.S. Adults Now Have Credit Card Debt

Think about the last time you stood in line to check out at the grocery store. When the person in front of you reached the cashier, did they count out cash for the transaction, or did they reach for a plastic card?

Most people would probably say the latter, and it’s pretty normal and expected, because it’s 2022 and who is still using cash? Credit and debit cards are more present than ever, especially in a time of coronavirus pandemic, knowing that the money went through a lot of hands and they are one of the dirtiest things in the world, even though they worth a lot.

But, how is credit card better than cash? Is there any risk of using paying cards without taking care how much you spend every time you reach to your wallet? These cards give us a false feeling of security and calmness, because we don’t actually see the money we spend. That also brings to huge debts, and according to some studies, almost half of the United States’ adult citizens have credit card debts, but they are not aware how big that debt is.

It seems increasingly common over the past few years to see people favoring credit over cash — and there are a few key reasons for this. Let’s take a closer look at Americans’ growing reliance on credit.

A recent survey found that almost half of U.S. adults (47 percent) carry credit card debt to some degree. This number actually rose four percentage points between early March and late April, likely due to the economic effects of the coronavirus pandemic, when a lot of people were fired or their salaries were lower than before. Many households have had to put expenses on credit while navigating changes in income and routine.

Of course, there were some “wants” on the list as well — like buying clothes and eating at restaurants (22 percent each) — but the top answers were all “needs.”

As the pandemic has demonstrated, Americans often resort to using credit when they feel they have little other choice to stay afloat — especially in the wake of a hardship. Job loss related to the general strength of the economy is one example, but there are many more. As evidenced by many Freedom Debt Relief reviews, people who’ve enrolled in debt settlement to tackle major debt have cited many hardships as the catalyst for their growing debt: divorce, layoffs, death in the family, ongoing medical issues and more.

Also, many people and households finally saw the benefits of shopping online, without having to leave their homes, paying some delivery fees, and using their credit cards to pay for all of that. It’s a fact that more people save on lunches and coffee at the restaurants and bars, but during the pandemic, they spent a lot more money on buying hand sanitizers, cleaning solutions, disinfectants, and of course, toilet paper, flours, rice, potatoes and so on. Many of them bought huge quantities of these products, spending a lot of money on that.

The previously mentioned CreditCards.com survey also found about half of those with credit card debts consider themselves to be stressed (45 percent) — one-third of that group say they’re very stressed. While it’s not always possible to get rid of credit card debt right away, there are things cardholders can do to keep reducing the pile of money they owe.

For those bogged down by high interest rates, it’s worth looking into whether you could qualify for a balance transfer. This entails moving the balance from one card to a new one with no interest for a certain amount of time. You’ll still owe the full balance, but it won’t accumulate compounding interest during the set introductory period. Before signing up, look into the length of the zero-percent APR offer, the annual fees and the balance transfer fee. Only by comparing these features can you determine how much you’d save and whether it’s a smart idea.

Another way cardholders can get a handle on credit card debts spread across multiple accounts is to consolidate with a loan. If your credit score is strong enough to qualify for a personal loan with a lower interest rate, it may be smart to pay that loan back in fixed installments rather than try to keep up with high-interest credit card accounts.

For those tackling credit card repayment “the old-fashioned way,” make sure you have a strategy in mind. Prioritizing your accounts from smallest to largest — the snowball method — can help provide quick victories that fuel psychological motivation. Prioritizing your accounts from highest interest rate to lowest — the avalanche method — can help you address your debts as quickly and inexpensively as possible. Both strategies depend on making faithful minimum payments across all accounts to avoid delinquency.

Almost half of adults in the U.S. have credit card debt, often for reasons outside their direct control. And taking control of that debt is important for Americans’ mental and financial well-being, because money debts can cause a lot of stress, anxiety, health issues caused by mental issues, scare and being uncomfortable through the whole day. We all know that the financial situation in the whole world is not bright, but if everyone tries to control the money spending, there will be less stress caused by credit card debts.

4 Ways How the Coronavirus Is Affecting The Sports Betting Industry
6 Numbers You Need To Know When Applying For A Mortgage
5 Things To Know About Refinance Rates In Charlotte
How Long Does It Take For a Mortgage Application To Be Approved?
Coronavirus coronavirus pandemic credit card Credit Score loan US Adults