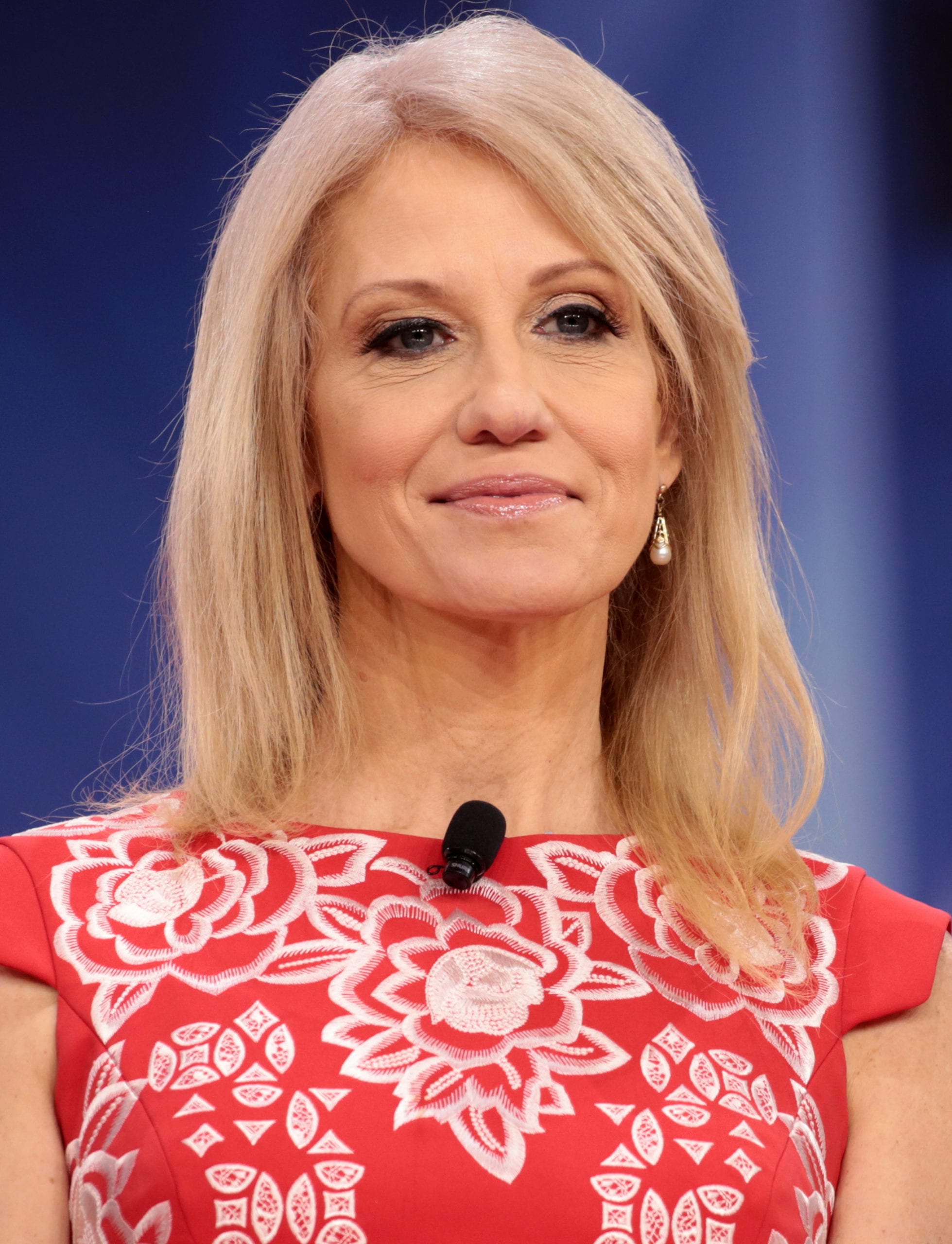 Kellyanne Conway Net Worth 2022 – Senior Counselor to The President

Kellyanne Conway is a pollster and a political consultant, who became the first woman to successfully run a presidential campaign in the United States, after becoming campaign manager for Donald Trump in 2016.

Kellyanne Elizabeth Fitzpatrick was born on January 20th, 1967, in Atco, New Jersey. Her father owned a trucking company, while her mother, worked in a bank. They divorced when Kellyanne was three and the father left the family. Kellyanne attended St. Joseph High School, where she graduated in 1985.

As a teenager, she regularly worked on a blueberry farm, picking fruit during summer, and she often credited that experience for her strong work ethics. “The faster you went, the more money you’d make,” she said. “Everything I learned about life and business started on that farm.”

Conway got involved with politics during her college years, when she worked for Wirthlin Group, a Republican polling firm, as a research assistant. After getting her degree, she got a job at Luntz Research Companies. In 1995, she started her own polling firm, called Polling Company. At first, she did research on consumer trends, often polling products for women.

Among her clients were companies like American Express, Hasbro, and Vaseline. Soon, she started getting politicians as clients as well. She worked with Jack Kemp, Fred Thompson, Dan Quayle, Newt Gingrich, Mike Pence, and other Republican names.

In 2016, despite her previous acquaintance with Donald Trump, Conway endorsed Ted Cruz during the Republican primaries for the nomination for the presidential election. When Cruz ended his campaign, she switched teams and started working as a senior adviser for the Trump campaign.

She was tasked with making Trump more appealing to female voters. After Paul Manafort’s resignation in august of 2016, she was promoted to the position of campaign manager in the last ten weeks before the election. After Trump was elected, she became the first woman to run a successful presidential campaign in the country.

Kellyanne married George T. Conway III in 2001. They have four children: twins Claudia and George IV, Charlotte, and Vanessa. Interestingly enough, George is famous for his strong opposition to Donald Trump and often critics the administration, of which his wife is a part of, on Twitter.

Kellyanne’s political and nosiness career has netted her a handsome wealth. Kellyanne Conway’s net worth in 2022 is estimated at $50 million.