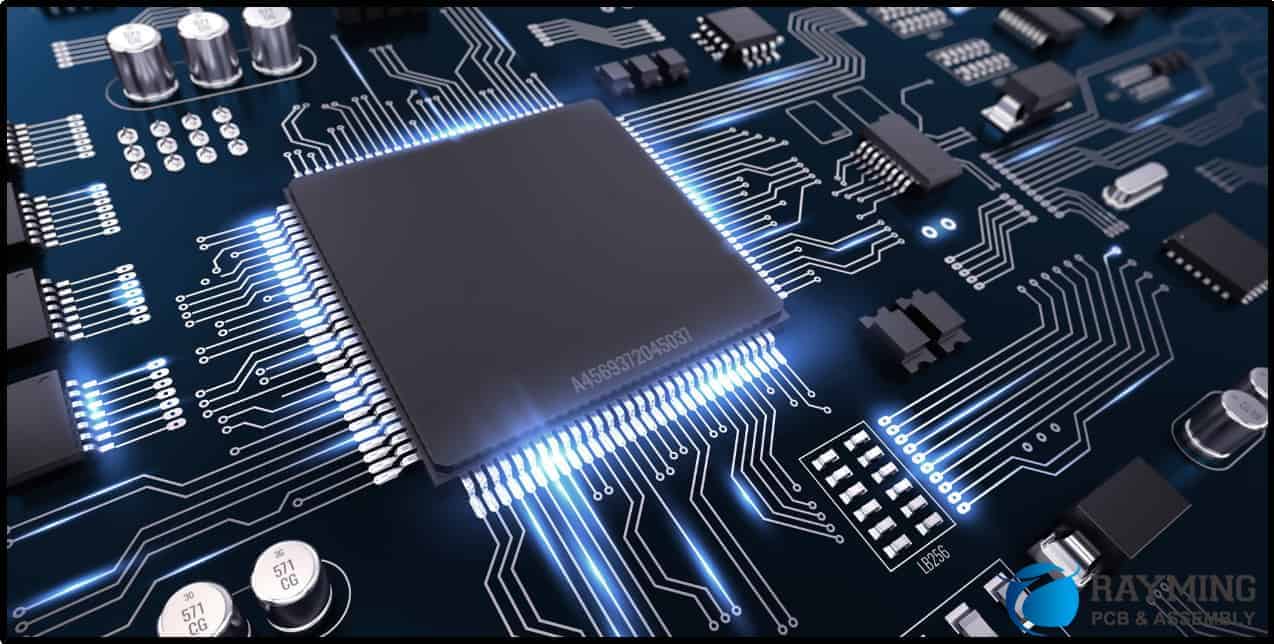 Benefits Of Multi-Layer PCBs And Applications

If you know anything about modern-day electronics, then you know that what all of them have in common are the circuit boards which are basically the main reason they all work. PCBs or printed circuit boards are the key components of pretty much every single electronic device we use today. Without them, the electronic devices wouldn’t even be able to perform some of the most basic actions, let alone do all the complex actions they do today.

However, back in the day, circuit boards were quite simple and primitive compared to the ones we use today for some of the more sophisticated devices. Those PCBs are called multi-layered PCBs and here are a few things you should know about them.

What Are Multi-Layer PCBs?

As you can probably guess from the name, a multi-layer PCB is a circuit board with multiple copper layers laminated and joined together to create an advanced, multi-layer printed circuit board. These PCBs are far superior to the old ones, considering they carry a lot more electrical components and are much more efficient in more ways than one.

The Benefits Of Multi-Layer PCBs

There are many benefits to using multi-layer PCBs as opposed to regular ones and here are some of them.

Arguably, the greatest benefit of MPCBs is their compact size. With many layers stacked upon each other, the MPCBs can do a much greater job at a much small form factor than the regular PCBs could. Stacking of multiple layers is possible because of the vias connection between them. This allows for a much more compact, yet more powerful circuit board that can be used across various devices – such as your mobile phone or a computer.

Naturally, as the circuit boards get small, they get lighter as well. Without having to use more than one circuit board we get to create much smaller, lighter and more portable electronics, like smartwatches, for instance.

All of these improvements allow us to push boundaries with these modern devices and electronics. Nowadays, we can create small, light electronic devices that we could only dream of only a few years ago. All of that is made possible by making circuit boards smaller and lighter, while also making them more efficient.

Multi-layer printed circuit boards are also of very high quality. To be perfectly clear, we’re not saying single-layer circuit boards are bad or made from low-quality materials so that’s what makes these ones better. No, we’re just saying they’re good. To make an actual MPCB, you have to make sure everything’s done perfectly. More time and effort is invested into making these, as opposed to single or dual-layer PCBs, which inherently makes them of higher quality. And also, the increase in performance is also what makes them high-quality.

The manufacturing method makes these circuit boards more durable than single or dual-layered boards. You see, when you layer board together, you have to apply pressure and bonding agents, as well as high temperatures to make these ones work. All of that makes for a much stronger and more durable board. They’re thicker, better, stronger and will last longer.

Nowadays, all of that is handled by a single MPCB, according to uetpcb.com. Once you look at it from that perspective, it’s much easier to set up a single, more complex and powerful circuit board than it is to set up multiple ones and figure out a way for them to interact with each other.

There are many instances in which these circuit boards are used. Here are some of them.

This is a pretty broad term, but then again, all of them have MPCBs inside them, so, it’s acceptable. What we mean by consumer electronics is pretty much any electronic device you might use on the regular basis. That means both smartphones, smartwatches, TVs, kitchen appliances, alarm clocks, vapes, LED strips and lightbulbs and so on. Pretty much any device you may find in your home.

Computers are one of the most important devices we use today and all of them are dependent on MPCBs. Every component of a desktop or a laptop computer uses some kind of a multi-layer printed circuit board. You can find one in both mouse and keyboard, as well as in power supply, CPU, GPU, motherboard, LED controller, cooling fans and so on.

Not only would we be without phones if there were no MPCBs, but we would also be without any means of telecommunications. Pretty much any sophisticated electronic device used for telecommunication has a multi-layer PCB. You can find them in radars, sonar, cell towers, satellites, GPS and so on.

Most modern and not-so-modern vehicles have a bunch of components heavily dependent on MPCBs. Modern dashboards and vehicle computers all work and exist because of these circuit boards. Radio and CD players as well. Once again, pretty much anything that’s electronic and you can find it in your vehicle is built on a circuit board.

As you know, many medical devices are electronic. Endoscopes, EKGs, EEGs, EMNGs, MRIs, CT scanners, X-Ray machines and many others use multi-layer PCBs. Better yet, they’re built on ones.

Military technology has always been known to be the latest and greatest in terms of innovation and progress, which only means that the application of MPCBs in the defence and military is quite high. All kinds of modern weapons and vehicles used in military services come with an MPCB.

As you can see, pretty much everything that’s electronic is built on a circuit board. To say that multi-layer PCBs have a wide array of application would be an understatement. Also, as you have seen, the advantages of these are many, as well. Hopefully, in recent years, we’re going to see additional developments as far as circuit boards are concerned. We’re eager to witness those – are you?