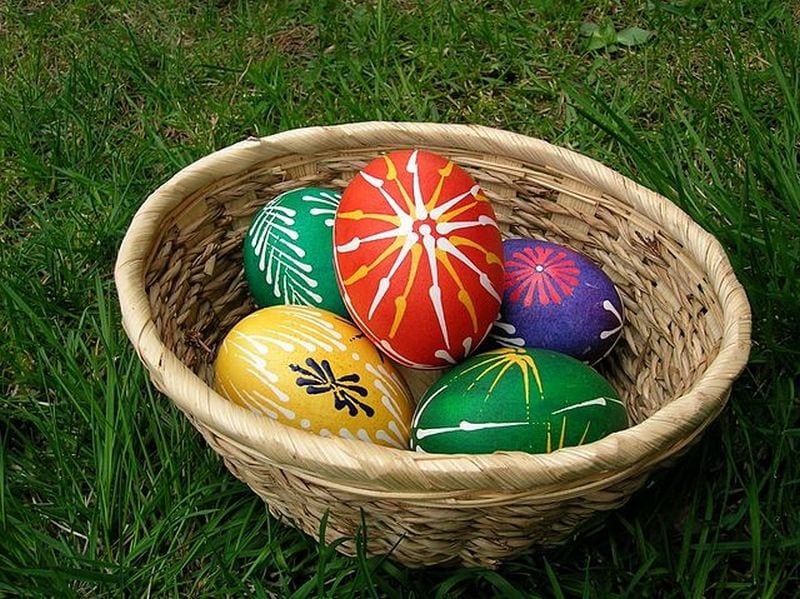 Have you ever asked yourself how is Easter celebrated in Jewish culture?

Contrary to popular beliefs, Easter actually derives from a Jewish holiday called Passover. Passover is quite famous amongst the Jewish faith, with it being an 8-day celebration when the Ancient Israelis liberated themselves from their Egyptian masters. Passover is the predecessor to the exodus and is a very popular holiday in the Hebrew faith.

In Christianity, Easter celebrates the passing and resurrection of the Lord Jesus Christ, while Passover celebrates the exodus. Hebrew tradition dictates that special food must be served during “Easter”. As a matter of fact, this special food is called Kosher, and its literary means “fit for consumption”, or “fitting”. There are many kosher foods and beverages, each one abiding by the ancient law of Passover.

Kosher is an aspect of the religion that is of grave importance to the followers. It is said that kosher is one of the holiest things a follower could do. In addition to that, the foods must be prepared in accordance with the sacred, sanitation, and behavioral rules of the tradition.

Both Easter and Passover are of equal importance to both faiths. Both holidays take place in the spring, and both were destined to coincide at the same time.

The Church dictates that Easter should take place on Sunday, but it doesn’t have a fixed date. Instead, Easter always falls on the Sunday after the first full moon in spring.

Passover, on the other day, falls in the period of the year when the Exodus occurred. These are laws that the Torah and Exodus teach Jewish followers. Although this day should resemble the start of the year, the faith determined that it wasn’t in full sync with the solar year.

Both Easter and Passover Emphasize History and Hope

A key element in both holidays and traditions are the messages of hope. Spring is the time when nature regenerates itself and starts a new life cycle. These are the times where the promises of redemption are fulfilled by god.

In both Christianity and Judaism, God manifests himself in spring in two ways; in nature and through the teachings of history. However, it seems that history is the medium in which followers of both faiths take greater importance. Both religions are filled with stories and teachings throughout history on the importance of these two holidays.

It is commonly said that Judaism is the religion that created all norms and traditions; well, kind off. While other religions are entirely different than Judaism, there are some elements from Christianity and Islam borrowed from Judaism.

For example, Christianity is partly derived from Judaism, while Islam takes the beliefs from the Judo-Christian religions. All three believe in a single god, while all three discard the other’s beliefs.

But what do Jews do on Easter? – A question asked by many people. If both are so similar, then do Jews celebrate Easter? The answer is no. Jews don’t celebrate Easter, they celebrate Passover. – Simple as.

Gifts are quite common for both Passover and Easter. While there isn’t a rule regarding gift-giving in either religion, people still opt for it. For example, in Christianity, people give each other eggs, chocolates, chocolate bunnies, and anything else that remotely resembles Easter. In Judaism, on the other hand, followers give each other Passover candies, cookies, flowers, pots, vases, nuts or dried fruit, and anything else remotely resembling the holiday.

You can actually find some pretty cool gifts for this Passover if you visit this Jewish shop.

Key Differences Between Both Holidays

We’ve talked so much about the similarities of both holidays, and whether they are celebrated outside their religion. While no Christian celebrates Passover, certainly no Jew celebrates Easter. There is nothing that forbids it and you might see some of them on your table when Easter of Passover comes this year.

Both holidays are meant to celebrate a unique piece of history. Like we mentioned, Passover celebrates the Exodus; a very important event in Jewish history, while Easter celebrates the passing and resurrection of the Lord Jesus Christ.

But, both holidays are very much different in other aspects. For example, Passover is celebrated collectively. This is because the Exodus was a collective action that all Jews took upon themselves.

Easter, on the other hand, is a tradition that addresses a single individual, the resurrection of the Lord Jesus Christ. Some say that Passover celebrates the collective people, while Easter the single individual.

Also, a huge difference is, as we mentioned, the way Jesus is celebrated. For example, in Judaism, Passover celebrates the memorial of Jesus’s death, while Easter celebrates his resurrection.

And finally, although not the least difference, is the fact that there are various symbols resonating with both holidays. For example, in Judaism, you have the bread and wine which resembles Jesus’s broken body, washing of the foot, etc.

In Christianity, the primary symbols for the holiday are chocolate eggs and bunnies. Many Jews also take issue with this tradition, calling them pagan. Although no one is to judge, it is safe to mention that both faiths have unique viewings upon this special day.

Regardless of which faith you follow, it is important to understand what each holiday means. Passover is entirely unique to Eater, and both should remain that way.