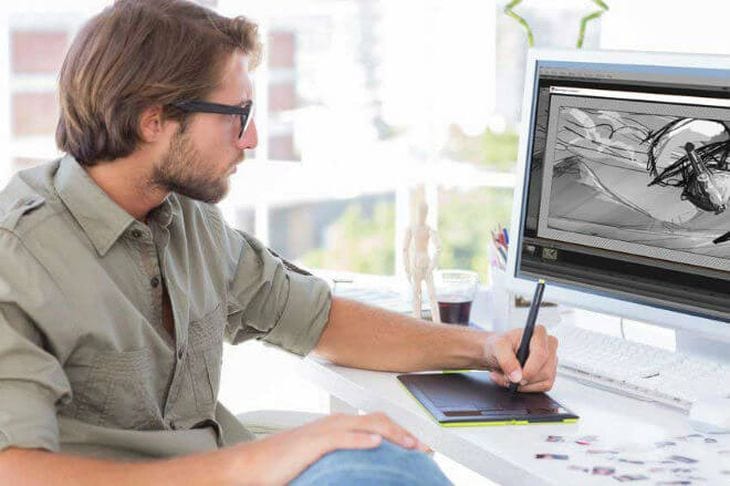 5 Most Famous Storyboard Artist of all time

Has anyone of you thought about what a storyboard artist is? What does it take to become one and how hard is it?

A storyboard teller is primarily a translator. How come, you are probably thinking?! Well, the fact is that a good storyteller has to be a translator of someone else’s vision or serving under someone who is directing the story. This is probably the most difficult thing to learn and fall under as a storyteller. Most people think that this is very easy but in truth, it is hard to set aside your visions and ideas and serve as a translator, as best as you can, for someone else’s imagination to the screen.

This thing, of course, doesn’t mean that you can add some of your spin and spice to the story but you have to keep in mind that if they by some means decide to go in the other direction you cannot take that personally. It takes a great personality and great restrain to take on a job that you don’t feel is going in a direction that is good and manages to spin it in your head to utilize all your passion on that project.

To become a professional storyboard artist you have to give everything of yourself every day. This means you will have to learn to make yourself create art even when you are not up to it and when everything isn’t stacking up in your life the way you intend it. The big secret here is not to get lazy. Work whenever and how much you can and according to professionals that you will find in the list, later on, when you are working creating becomes easy and less tiring.

Professionals also meet a lot of problems that come in a form of Do It …Again! What usually happens is that after your hard work and sequence and story assembly ‚you may get a sudden change in script that can mean changes in everything you have done so far. Being a professional you will usually have a moment that in the last moment script changes from 50% to 90% and that means you have to make changes in the same amounts. For some, that would be devastating and lead to a huge disappointment but professionals have learned to deal with this and most importantly expect this in every project they get.

Professionals are never fully satisfied. This sounds a bit weird but it means that storyboard artist, or at least who want to become the greatest, like the ones we will list below, never settled for anything. They always looked for new things and inspirations and they always fed their dreams and strived to be better than they are now. This is the best moto you or anyone else should have in life. Move forward at all times and never settle for something beneath you simply because it feels good now.

At the end of this, what turned to be a bit lengthy intro, the last thing that made these people you will read next on great is balance and gratefulness. You always have to strive for balance because that is the only thing that has any sense. Balancing between life, family, a job is very important and very successful people have come to a formula that helps them with this. Gratefulness is also a huge part of being a professional. Professionals know what it is like to have nothing and have it all which is why most of the, well the great ones at least, are where they are. A symbiosis between being grateful and good at balancing is the ticket to greatness for sure.

Now the part that you have waited for some time. Here are the most famous storyboard artists of all time, that got here thanks to everything we wrote previously. For more info, you can visit here and see if we missed something!

Now, this is the name that many of you know about, and have seen a lot of his work. Joseph was born on March 24th 1911 and died December 18th 2006 and he was an American animator, director but most importantly a storyboard artist and cartoon artist. Now his cartoons are what made all of our young age and are still making them awesome in these years. He was a man who could make quality work that is still appreciated, and that can still make everyone nostalgic, no matter what age.

Dan was born on September 18th 1963 and he is another American origin director, writer and again storyboard artist that is most famous for several animated TV shows. You probably know some of his work over at Disney like Phineas and Ferb and Milo Murphy’s Law.

Now Ben here was one of those storyboard pro’s in the golden age of Hollywood. He was born May 21th 1895 and died February 5th 1957. His career was very diverse and he had a lot of different jobs but some of the places where he made an impact were Walt Disney Animation Studios, Warner Bros. studios where he co-directed several Looney Tunes and Merrie Melodies shorts.

This guy is a South African-American filmmaker and storyboard artist and he was born on May 26th 1965. He had a hefty engagement in several studios like Miramax Films, Columbia Pictures and Lionsgate. He even directed a movie that ended up with an Oscar for its star Alec Baldwin.

Last but not least on this list is Jerry Eisenberg. He was born on December 14th 1937 and he is yet another successful TV producer, animator and storyboard artist. He is probably best known for his work in everyone’s favourite Hanna-Barbera Productions. Little people know that he is the son of Harvey Eisenberg the guy behind Tom and Jerry cartoon and a lot of other wells know characters that came from the kitchen of Metro-Goldwin-Mayer cartoon studio. His later work included storyboard artist and or designer for a lot of productions and some of them are  Muppet Babies at Marvel Productions, Disney’s House of Mouse at Walt Disney Television Animation.