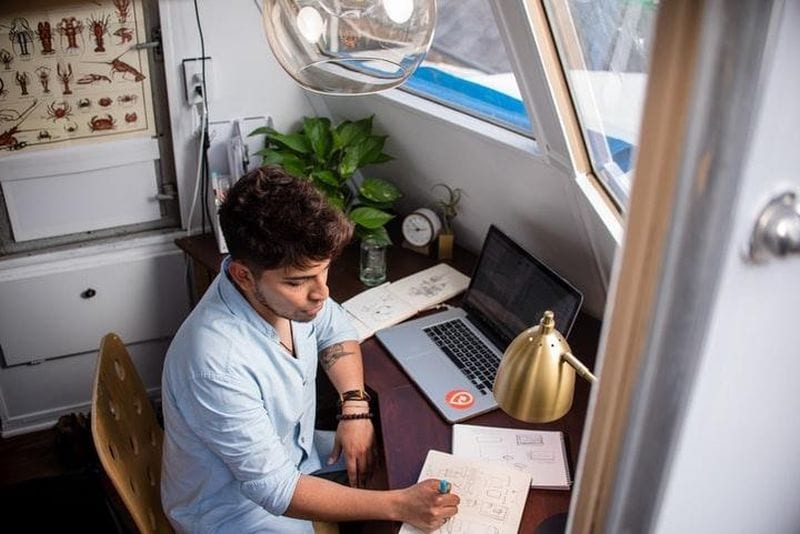 If you are fluent in two or more languages, you have a marketable skill that is more valuable now than ever before.  Even if the COVID-19 pandemic has kept you at home, you can develop your skill, find work, and earn and income via the Internet. We’ll provide a beginner’s guide to what you need, how to get gigs, and how to build a home-based business in translation and interpretation.

Here’s more in-depth look and broader look on how to work from home during the quarantine.

Coming to Terms: Should you Become a Translator or an Interpreter or….?

Before getting into the nitty-gritty of getting work, let’s look at the professions which are available to the bilingual. There are basically two broad categories: translator and interpreter. A translator works with the written word, translating documents from one language to another. An interpreter, on the other hand, works with the spoken word, converting speech in one language to speech in another.

There are many types of translation, depending of which kinds of texts need to be translated. There are also industry-specific specializations, such as legal or medical translation. Interpretation can be simultaneous, in which the interpreter speaks in the target language at almost the same time as the speaker of the original language. It can also be sequential, in which the interpreter and the original speaker take turns speaking.

In between the two are two additional categories. Transcription and narration. Transcription takes spoken speech and renders it as a written text. Narration takes a written text and vocalizes it in speech. Both can apply to texts and speeches in the same language or in different ones.  There is also the specialty of providing subtitles and close-captions. Subtitles are used to make clear what is being said in films or videos, often in a different language. Close-captions are used to describe what is being said audio is difficult to hear, or in case audio is turned off. They describe what is spoken along with any other sounds.

Which specialty you tackle depends on your aptitudes and interests. If you are good at thinking and speaking on your feet, cool under pressure, then interpretation may be a good choice. If you’re a stickler for detail, and prefer to work on your own, not under the pressure of a specific event, translation may be a better choice. Lovers or film and video may enjoy subtitling and close-captioning as an entry point to those industries. Bilingual people also need to decide in which direction they wish to translate or interpret: for example, English-to-Spanish or Spanish-to-English. Usually, one linguistic direction is easier or at a higher level than the other. Stick to your strongest suit.

Do you Need a Degree or Certificate to become a Translator or an Interpreter?

Translation and interpretation are professions which judge practitioners on the quality of their work, not on their credentials. But that begs the question: what will make a potential employer confident that you are qualified. Most translation and interpretation jobs will require a high school diploma or the equivalent. Government and academic positions will typically require a certification of having reach a set level of accomplishment in a given language, after passing tests or completing a course of study. However, those requirements vary greatly from place to place.

Moreover, many job openings will not even mention certifications. More important are references, ratings, and reviews.  Where do you get these? We’ll address that later.  But if you do want to have an advantage in competition with other candidates for a given job, you may want to consider a certification program. These usually run from 40 to 120 class hours, culminating with tests you must pass. Search on the Internet for certificate programs in translation or interpretation, adding your language pair to the search terms.

Where Can You Find Work in Translation and Interpretation from Home?

A great way to get started in translation and interpretation is by signing up with one of the general freelance marketplaces, like Freelancer.com and Upwork. These platforms help freelancers find work, and help companies find freelancers. Translation and interpretation jobs are frequently on offer here, and you can use searches and filters to find a gig that’s right for you. Alternatively, or in addition, you can simply post your profile, experience and qualifications, along with your proposed rate.

How much should you charge?  Translation and interpretation rates are metered in different ways. Translation rates are usually measured according to the number of words in the source document. Interpretation rates are usually metered per hour or portion thereof. According to Thumbtack, citing the American Translators Association, the average rate in the US is $0.12/word and $15-20/hour. But depending on a variety of factors, the word rate can range from $0.07 all the way up to $0.30.

According to Ssalary, the hourly rate of a medical interpreter, much in depend during the current health crisis, can vary between $18 and $24, with an average of $22/hour. If you are setting a rate on a freelance marketplace for the first time, it’s a good idea to start at the low end and raise your rates as you accumulate experience and positive reviews. That can happen quickly – if you’re talented.

Perils in Freelance Translation and Interpretation – and Tips to Avoid Them

Another thing likely to happen is that translation companies and interpretation agencies may find you on marketplaces and offer you a stream of direct work, often at a somewhat lower rate (because they mark up your services to the end-client). While these gigs can give you good experience and a steady stream of work, be wary of committing to exclusivity to any one agency, especially at lower than market rates. As with dating, there are plenty of fish in the sea and you don’t want to be taken for granted. But in translation and interpretation, as with romance, it’s nice to feel wanted.

Also be careful of breaking the rules of a marketplace. Marketplaces don’t appreciate “poaching” by agencies or freelancers going directly to clients and cutting them out of the deal. They can band you. While it’s likely that direct client relationships will arise from a long-term relationship, be discreet and loyal to “the hand that feeds you.” In freelance, as in your school prom, it’s good form to “dance with the one who brung ya.”