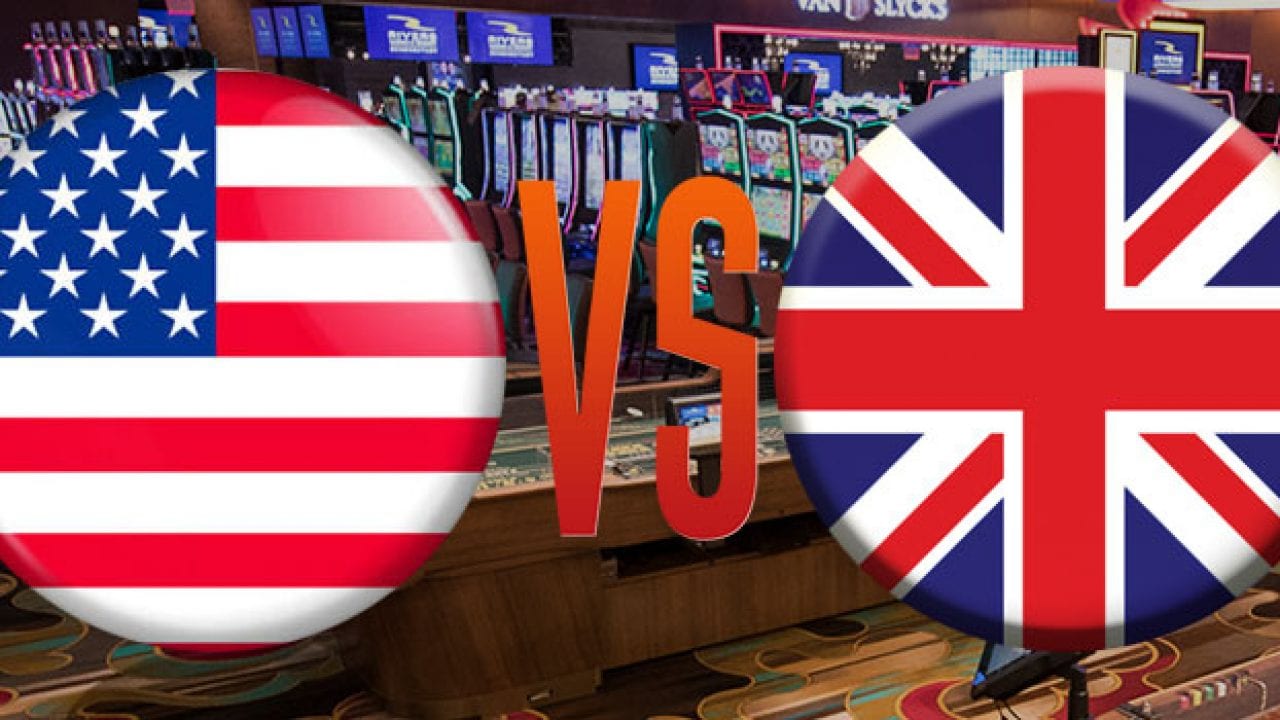 Gambling Laws in The US & UK Compared

Gambling has spread across the globe. The games evolve every day in every country, and as they do, the laws regarding them also change. What this means that if you play the same games in the US or the UK, it won’t be regulated by the same laws. We are going to talk about the United States and the United Kingdom as they are viewed as one of the world’s largest gambling markets. The amount of money people spent on gambling only in America is close to half a billion a year, and the number keeps growing every day. Not even the state regulations can stop people from doing their favorite pastime. This is what’s interesting about the US; the gambling here is regulated by state laws. What this means is that while’s gambling allowed in Nevada, it is not necessarily so in Utah.

The city of Las Vegas in Nevada is considered a gambling Mecca of the entire world, and the city is renewed for its massive casinos. Here gambling is off the chart, and almost all games are legal, which is the fact that attracts most players. But, as we said, in Utah, there’s no gambling allowed at any level. The work on legalizing gambling in all parts of the States is on the way, as this can bring a massive influx of many to any state. At the same time, this activity is rather popular and, above all, allowed in the United Kingdom. It’s because of this that we find the difference in laws between these two very similar countries fascinating. This is why we’re going to give you on a plate gambling laws in the US & UK compared.

Casino Laws in the US

Let’s talk about how complicated are the laws across the pond. They are, trust us. People who are not US citizens find it hard to grasp their minds around federal, state, and local laws. They’re divided on every level, and even people well versed in law sometimes get confused. Casinos have it the hard way as they need to pay attention to all three subgroups before they launch their business in a particular location.

The first issue online casinos encountered in the US was the 2006 Unlawful Internet Gambling Enforcement Act, which almost made online gambling illegal. It wasn’t illegal per se, but it did prevent the banks from working with transactions related to casinos and gambling. Regardless, it was a massive blow, as once you have winnings on your account, you can’t transfer money to your bank. This was made to prevent people from gambling, but they did it nonetheless, despite the hard effort needed to get their hands on the money.

Once the online casino popularity exploded in recent years, the US adapted, and many laws and regulations were launched in support of this activity. The last few years truly did help the online casino community in terms of legalization. Because of this, today, we have legal gambling sites in Delaware and New Jersey thanks to licenses being issued for their activity by the state. With all the changes installed in the last few years, the US is becoming an ideal place for online gamblers. Not only that, you can gamble on local websites, but you can also join the ones from out of the state. But be wary if you do this as in some instances, if an issue arises, you won’t have local authorities’ support due to local laws that might not be on your side. The best route to take would be to gamble locally, where the rules are easier to understand, or if you want to go abroad, introduce yourself with laws from the country where you are playing.

Casino Laws in the UK

Thanks to the lack of language barrier in the UK, many players from the US play there. But, what about the laws in the United Kingdom. Don’t worry; they favor the player. Gambling is one of the most popular activities in this country, and it’s because of this, it is entirely legal. Online casinos that follow the rules have no issue getting a gambling license in the Kingdom. The permit is issued by the UK Gambling Commission, which is in charge of gambling in the UK. Once you get their stamp of approval, you’re free to run your business on the Island.

The one thing that you need to be wary of is the standards of privacy that are installed to protect the players. This is what online casinos need to guarantee in order to get a license. In the UK, everyone older than 18 is allowed to participate in gambling. The best part and the reason why people enjoy gambling as much as the fact that their market is over-flooded by quality gambling websites. If you are interested in checking them out, you can read more on this site.

Above all else, the online casino community is much more opened in the UK. Players have more options, and websites are easier to access. Another difference is that that is in touch with software providers. Some of the best in business, such as Microgaming and Playtech, can’t be found at the US shores. What this means is that some of the best games and massive jackpots can be found only in the UK. Luckily NetEnt games are now available in New Jersey. Luckily, the trend is changing, and America, the country of winners, will try to overtake the UK as the better one country for gamblers. This will happen in due tom as more and more states are legalizing this activity. Pennsylvania, Delaware, New Jersey, and Nevada are already generating massive sums of money, and it’s only a matter of time when the rest is going to follow suit. The best part for the US economy is that they don’t need for all states to legalize to come over on top compared to the UK.

6 things to know before Moving to Spain from the UK
Is Las Vegas Still the Entertainment Capital of the US?
casino law Gambling Laws Nevada UK US