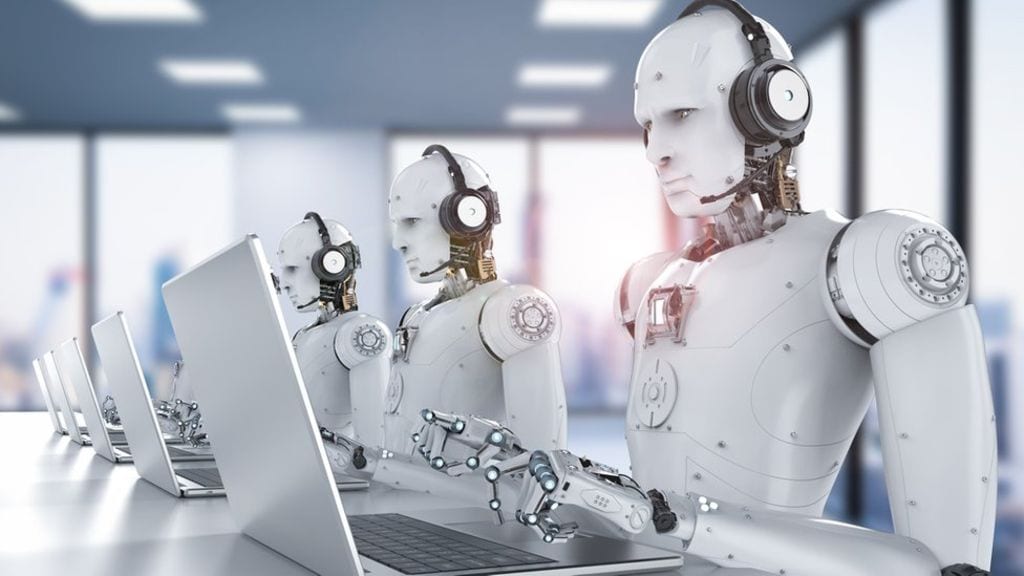 Robots in a Time of Crisis: A Helping Hand or Imminent Threat?

Robots have entered the workforce in various areas like education, manufacturing, and retail. Their appearance has sparked hot debates about the impact of robots and their associated artificial intelligence (AI) on human workers.

The current crisis and similar catastrophes that will inevitably happen in the future provide an opportunity to consider the future of robotics in society. We will soon need to decide whether to see robots as helping hands to be loosed for the good of humankind or as imminent threats that must be heavily controlled to maintain security.

There is no doubt that robots are doing good at the moment. We have seen the positive impact robotics has had in many crises before COVID-19 began sweeping the globe. Earthquakes, fires, and other disasters invite the assistance of robots. Additionally, more mundane tasks like pouring a cup of coffee can be done by robot baristas, offering a sense of safe and contactless normalcy in a stressful time.

To determine whether robots are a helping hand in the time of crisis, we must examine the myriad ways they can indeed assist us when humans cannot.

This might sound like a headline from a terrifying science fiction film. Fortunately, the reality is showing that the robots making their way to communities impacted by COVID-19 have a helpful attitude.

Widely considered “ground zero” of the COVID-19 crisis, Wuhan, China, capital of Hubei province, provides real-time evidence of the beneficial attributes robots provide in a time of crisis. Robots are taking a primary role in reducing human-to-human contact in the province. As we now know, limiting encounters is vital to limiting the ultimate spread of coronaviruses.

We have seen the role robots play in hospitals, offering overtaxed nursing staffs a robotic hand in mundane tasks like collecting temperatures and delivering medication. We now confidently know that robotics goes beyond being a figurative lifesaving tool, as robots are literally keeping people from contracting deadly diseases in hospitals.

Wuhan also provides evidence that the reach of robot aid goes beyond the walls of healthcare facilities. While instituting an intense, restrictive lockdown policy, the Chinese government needed to find a way to provide for the basic needs of its residents in areas like Wuhan. Enter the logistics robots! These robots saved lives by delivering supplies, medicine, and food to homes that were actively quarantined.

Robots are also helping themselves, as seen throughout this global pandemic. As we have seen on a wide scale, doctors and nurses are utilizing robots to enter rooms with highly contagious COVID-19 patients. These robots can be used to take patient temperatures and serve as a conduit for communication. Once the robot wheels into the room, it becomes a potential carrier of the virus.

How do medical professionals assure a robot is not inadvertently spreading disease? By relying on others of its kind! Robots carrying powerful ultraviolet light systems are being used to sanitize and disinfect rooms, materials, and other robots for use by future patients.

Wuhan, China has provided an in-depth look at how robots are entering a dangerous setting and offering to assist humans in the fight against the raging disease. The robots are offering help in a time of crisis.

Robots on the Front Lines

Wuhan provides insight into how robots are offering help in and out of the hospital setting during a health crisis. What about other scenarios? Will they be so willing to assist then?

First responders like firefighters, medical personnel, and other aid workers are only as effective as their ability to reach victims. Unfortunately, certain disasters limit the ability of these workers to arrive on the scene in a timely fashion.

Robots capable of autonomous flight could represent a valuable solution to blocked access points in areas of disasters like explosions, tornados, or earthquakes. Drones provide invaluable looks at a disaster area, including searching for survivors and directing human rescuers to victims. Researchers at Purdue University have developed technology based on the flight of hummingbirds that would allow search and rescue teams access to areas too small for typical flying drones and humans to go.

The field of robotics is revolutionizing emergency response to the benefit of humanity. Robots are forging into areas typically inaccessible to humans and are enabling a response that saves lives. The future of disaster response will entail the deployment of various robotic elements, all in the name of helping humans and improving survival rates.

There is a percentage of people who have wild distrust in robots and their “intentions.” While most would argue that robots do not operate with intent but with a preprogrammed decision-making process, others argue the threat of a robot takeover outweighs any benefit they might provide. This may be the extreme set of anti-robot folks but there are less emphatic detractors that shy away from robotics, as well.

As we mentioned earlier, even a robot barista made by Rozum can be a help in a time like this by providing coffee in a safe, hygienic, socially-distant manor. However, robots often encounter humans with a look of distrust in their eyes.

There is some evidence that suggests humans in a time of crisis might be overwhelmed by the appearance of even well-meaning robots. Humanizing said robots may not help, as the theory of the Uncanny Valley would presume.

While robots always intend to help, there are some situations that might add to human distrust of these technological solutions. Technical glitches, underwhelming performance, and general robot failures might dampen feelings of hopefulness. Mishaps could lead to actual human harm, a possible violation of Asimov’s laws, and ruin any faith in the capability of robots.

It is certainly understandable to closely evaluate the benefits and disadvantages of robots in an already tumultuous time. It is equally important to remove the shackles of inherent distrust and explore the possibility that robots could be capable of literally saving the day. While they may not succeed every time, robots are indeed here to help in a crisis.

5 Tips on How to Maximize Your Rental Profits During the COVID-19 Pandemic - 2021 Guide
4 Ways How the Coronavirus Is Affecting The Sports Betting Industry
Stimulus Payments and Your Credit Score
Has Covid-19 Had A Negative Impact on Your Finances?
AI China covid 19 Human Perception Robots Wuhan