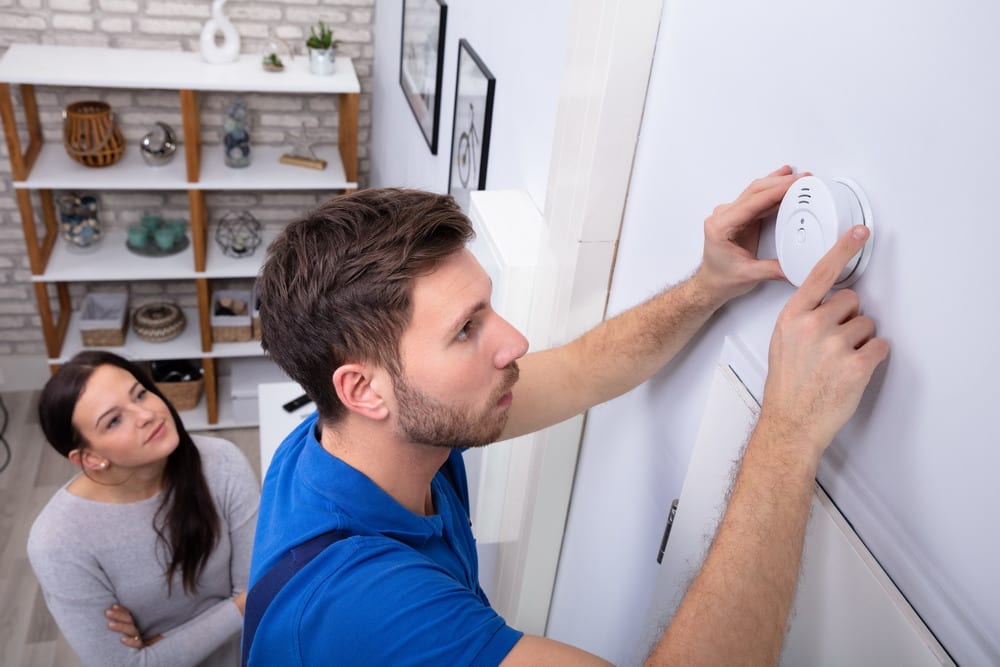 Smoke and CO Detectors: Maintenance is the Key to Safety

Residential smoke detectors have been around since the 1960s. Over the last 50+ years, they have saved countless lives by warning of the presence of smoke and fire. Carbon monoxide detectors are not quite as old, but they are just as effective. That is why so many fire departments and medical professionals recommend them.

If you don’t have smoke and carbon monoxide detectors in your home, you really should change that. If you do have them, good for you. Now make sure that you are maintaining them according to manufacturer instructions. Maintenance is the key to safety.

First-generation residential fire detection equipment was quite primitive. Rather than monitoring for smoke, early devices measured temperature changes. They were designed to detect the heat a fire produces. Not only did they not work very well, but they had to be very large in order to be effective.

A photoelectric smoke detector works by emitting some sort of light and then measuring its reflection. It could be infrared or LED light. At any rate, light reflected back to a built-in sensor indicates that everything is just fine. The presence of smoke changes things.

As smoke seeps into the device, it inhibits reflection of the light beam. This breaks the connection between transmitter and receiver, thus initiating an alarm. Photoelectric detectors a lot more effective because, unlike heat detectors, they warn of smoke before a fire gets out of control.

Carbon monoxide is a colorless, odorless gas that can injure and kill rather quickly. Detecting its presence is a bit more complicated than detecting smoke. Vivint Smart Home has outlined some of the more common carbon monoxide technologies now in use in a great blog post on their site.

There are essentially three ways to measure the presence of carbon monoxide. The biomimetic method utilizes a sensor and a unique gel substance that changes color when carbon monoxide is present. A color change will activate an alarm.

Next up is the electrochemical process. It utilizes a sensor that measures a consistent electrical current. The sensor is equipped with a chemical that changes the rate of current if it comes in contact with carbon monoxide.

Today’s smoke and carbon monoxide detectors are pretty much worry-free. They do not require a lot of attention to keep them working. However, some routine maintenance will guarantee their effectiveness and maximize useful life. It starts with cleaning.

Devices that are covered with dirt and dust will not be as effective as clean devices. As such, regular dusting is a good idea. The point here is to not allow dust and dirt to interrupt the free flow of smoke or carbon monoxide. Dirt and dust buildup could make detectors less responsive. Where smoke detectors are concerned, dust can also lead to false alarms.

The other component of routine maintenance is checking and replacing batteries. Even alarms that plug into a wall outlet or are hardwired to a home’s electrical system may also have battery backups. At any rate, batteries should be checked regularly.

It’s impossible to know for sure how long a set of batteries will last. A top-of-the-line battery could give you more than a year of reliable service. A lower quality battery might die within the first few months. Because there’s no way to tell, local fire departments tend to recommend changing batteries at the start and end of daylight saving time.

Also, note that changing out batteries does not mean you have to throw the old ones away. They can still be used in other devices until they run out. You are simply removing them from your smoke and carbon monoxide detectors because you do not want to take the chance of a device not working.

Most devices are designed with a built-in way to test whether or not they are working. Sometimes there are separate buttons to check both batteries and device function. Other times it is a single button. In the latter case, pushing the test button and receiving no sound dictates that you try replacing the batteries first. If new batteries still do not produce a sound, it is likely that the device no longer works.

It’s a wise idea to equip your home with an appropriate number of smoke and carbon monoxide detectors. Placed in the right locations, they could end up saving lives. Just remember that regular maintenance is key to your safety. Keep your devices clean, replace batteries frequently, and conduct regular tests to ensure proper operation.

How to Try Different Glasses at Your Home?
Living Room Furniture Arrangements With A Fireplace And TV
5 Tips on How to Maximize Your Rental Profits During the COVID-19 Pandemic - 2021 Guide
How to Prevent Mold After Water Damage
carbon monoxide detectors fire fire departments home safety smoke detectors