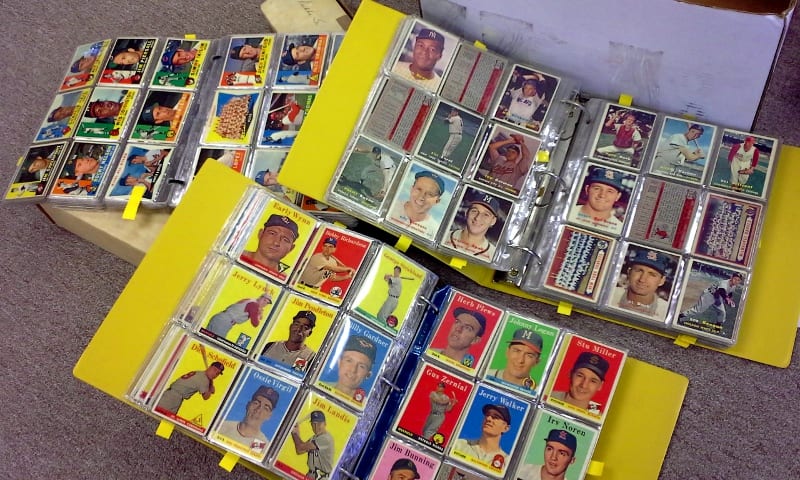 In an age without the internet and computers, albums were a vivid source of information about exotic teams and players we hadn’t been able to see or meet until then. Exchanging and finding stickers has become a skill in itself, so there are places where you can change them. Even the era of the technological and information revolution has not harmed the collecting passion and madness that grips us every two or four years.

We all have some hobbies. For some, it’s running, basketball, reading books, and some people enjoy collecting some things and collections. There are people who collect toys from Kinder Surprise Eggs, others collect napkins with different motifs, badges, old money, and many other things. Many also collect sports cards. Yes, we know, your first association is a bunch of children in front of the building as they play and exchange pictures that will end in an album. Unfortunately, after a few months, that album often ends up in oblivion, even garbage.

Since cards are something that doesn’t take up much space in no matter how small an apartment you live in, we’ll give you a few reasons why you should keep them.

A memory from my younger days

We assume that for many, this period of card collection is related to childhood. Remember how much money and effort you put into completing the entire collection, are you really ready to throw it all away now? Save the album, flip through it from time to time, go back to class in those carefree days when opening packets of cards caused a lot of excitement. Remember the pleasure when you find out you got exactly the one you didn’t have.

What kind of big football competition is this, even while a third of the country is occupied, without the pictures that follow it with dignity? More precisely, they precede it, so during the championship the zeal with which they approach to exchange and gluing lead to a climax, and then for months, years, actually decades after the championship they provide the magic of time travel by looking at them again.

Maybe they have value

Old things often gain in value over the years, especially if there are not many of them in the world or they are unique. Just remember the TV show Pawnshop and what people have kept for years, many of them not even knowing that it has monetary value. It is said that each item finds its customer. There are many collectors of cards and sites in the world through which you can sell them for a nice sum. On northwestcards.com you can learn more about it.

What if you kept the cards from your childhood all these years, and you realized that you have a duplicate that stands between the pages of the album? Here’s your chance to make money because this is one expensive hobby. Let’s say a pack of 5 cards was $ 1. Today, you can sell one of those five pictures with a starting price of $ 15, depending on how rare it is. This hobby becomes even more arduous for those who “chase” some rare collections or individual pictures that they need to fill in some old albums and rare pictures of their idols.

Did you know that in many places there are fans of this hobby who traditionally gather at a certain time somewhere and exchange cards in the hope of completing their collection which they will preserve as a valuable memory or sell? In addition to getting rid of duplicates and getting the card you’ve been dreaming about for a long time, you will also have the opportunity to make new acquaintances with people who share your interests.

Why do people increasingly opt for this hobby?

The fact is that this is an expensive hobby. But also profitable. Many choose to collect cards to fulfill their childhood dreams. You know that feeling when you regret something for years, and no matter how much time passes, the feeling is still there. So it may happen to a small number of people that it is a pity for childhood, but it mostly happens because some people want to meet the needs of childhood. However, for many, it is more an occasion and reason to say ‘I need it because I didn’t have it once’ than there is a real need for it”. If you ask collectors why they collect cards, they can also say that it is because adults also want to play, because play is something that attracts people no matter how old they are. Then when you stop playing and find satisfaction in the little things, you need to ask yourself if you are on the right track.

The album and pictures of the footballers also serve as a testimony of time. Paying attention to them, you will notice how different the hairstyles and appearance of the players were, the quality of the photo is much worse than nowadays, and yet, they have that special charm. Today we are much focused on the digital world, but just as a digital photo will never have the emotion of a made photo you hold in your hand, a book read in digital format will never be as enjoyable as running your fingers over the paper while smelling paper. Collecting these cards will not find out which car is waiting for the one you need, and the feeling when you finally get it.

Taking these albums in their hands and opening them is not recommended for people of poorer psychophysical health, because they guarantee a rapid heartbeat, shivering all over the body, and that bitter-sweet feeling of nostalgia that grows into melancholy.

Maybe make a hobby a business, maybe just make some extra money and patch up your household budget. And maybe you’ll just be happier because you’re fulfilling your creative potential and using the talents you’ve got. And happiness in itself is the greatest success, right?