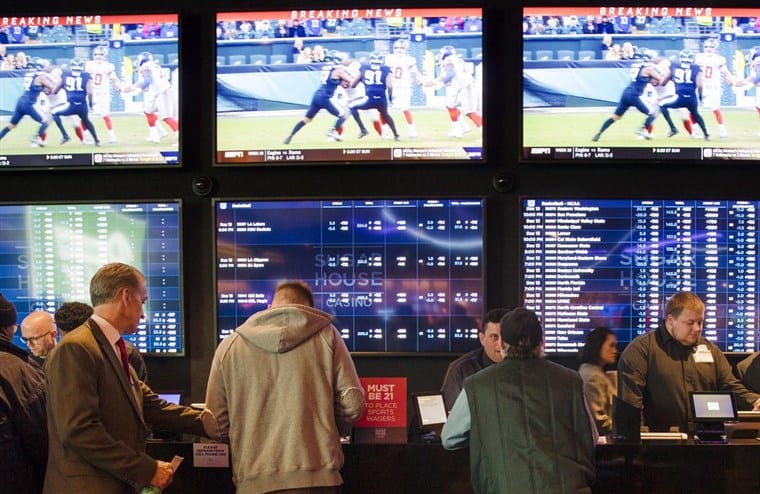 Many may not be aware that betting on sporting events in the world has been practiced for centuries. Let’s be honest, as long as there are sports – sports betting will exist around the world despite bans in some countries. In this text, we’ll try to point out some pros and cons of legalizing sports betting.

Today you can bet on almost all sports – but also many other things including phenomena from public life. All you have to do is go to the first sports betting place, study the offer and place a bet. Technological advances have made it possible for you to do the same from home, over the Internet, or by telephone – which is the last known phase of activity that has lasted for two hundred years.

The beginnings of professional sports betting are related to horse racing and England at the dawn of the 19th century. The English, however, organized the races much earlier. The inhabitants of the Island loved horses, races, and the excitement they bring with them – so they bet regularly, but more recreationally. More serious betting began only around 1800 when the organization of equestrian races was established.

In those times it was a bit different. The bettor would place a bet on the horse to the bookmaker and wait for the end of the race. Each bookmaker used to calculate the payout according to its own rules. The basic principles they were guided by were the assessment of the desired percentage of return to the players.

They also look at the assessment of the chances or mood of the players towards individual horses. During the betting, the bookmaker had to monitor the payment and, based on the mathematical calculation and assessment of the remaining payment – devise such quotas that will be to his advantage. However, if he happened to make a mistake in the budget – his odds would be small and neither the players nor he would be satisfied with them.

Today, with the development of technology, everything is different. From the number of sports available for betting, to the precise setting of odds, to the way you can bet. Today you can go to sports betting places – but you can also bet online via the Internet by using your computers, tablets, or mobile phones. Mobile betting applications are one of the most important developing sectors in the last 10 years. Some sports bettings branches pay a lot of money to their players – but they certainly earn even more.

Many sports betting chains have expanded so much – that in some countries they have more branches than the tax administration. This is especially the case with European countries where this type of gambling is very popular – primarily because of soccer, which is one of the most popular sports on the old continent.

Legalization of Sports Betting – Yes or No?

Many US states are still not clear about the topic of legalizing sports betting. According to NJGamblingFun, some states like Tennessee are willing to share the profits from this lucrative business – while some other states are still claiming that sports betting should not be legalized. Where is the middle ground? Although you can see illegal bookmakers almost everywhere – this activity is still demonized in many places.

Even some European countries where this activity is legal – have decided to introduce certain restrictions when it comes to the payment of winnings, taxes, and salaries of sports bettings as well as their number. Will this have a large impact on the economy, sports, and human nature that loves ‘forbidden fruit’? We have tried to point out some of the reasons for and against the legalization of sports betting.

The gambling industry is known as one of the most powerful in the world. And we don’t just mean Las Vegas with its flashy neon signs. In addition to those that are already well known to us – the illegal betting industry is also flourishing. According to some estimates, it is worth more than a hundred billion dollars. Today, the availability of betting has taken off so much that this industry seems stronger than ever.

Although after the decision of the US Supreme Court, each federal state has the opportunity to make its own decision on legalization – it must be recognized that its adoption may be an economically justified decision. Also, anyone who practices this type of entertainment will find it far easier to do so in a legally regulated environment.

Legalizing sports betting would no doubt be a good boost for the economy. Namely, only the filling of the state treasury based on the collected tax could already show the potential of this activity to a considerable extent. Also, there are a large number of jobs that will be opened in this industry in case it is legalized.

Some estimates claim that between 125,000 and 150,000 new jobs could be opened in the US alone. Economists who have worked on the estimates – claim that this industry could bring the state revenues between 4 and 6 billion dollars in two years. Such potential should certainly not be overlooked.

3.    One rule is the same everywhere: The house always wins!

Although many people took betting as a hobby, many of them have fallen into the real traps of sports betting and gambling. However, one rule applies everywhere: The house is always winning! If some people think that different rules apply in sports than in roulette or blackjack – they are wrong. The human factor cannot be ignored. To be even more specific – money spins everything. This means that a large amount of money began to flow into sports – as well as in gambling business.

This includes sports clubs, various competitions, and championships. We have heard of cases of rigged or sold matches many times. Proponents of the theory that legalization should not be approved also have this as an ace card up their sleeve. Also, there are sports betting statistics, which you shouldn’t blindly rely on – because surprises are always possible. The only statistic that is firmly established – is that the house almost always wins. Or at least certainly, much more than it pays off.

4.    Commercializing In The Sports Area

The factual situation cannot be disputed here. Money is already largely determining the factors in sports, both on American and European soil. A large number of billionaires have invested their money in buying clubs and organizing tournaments. Many of them are sponsors of championships in tennis, football, and other sports. Money provides not only events – but also power. And power in sports should not be manifested financially but on the court.