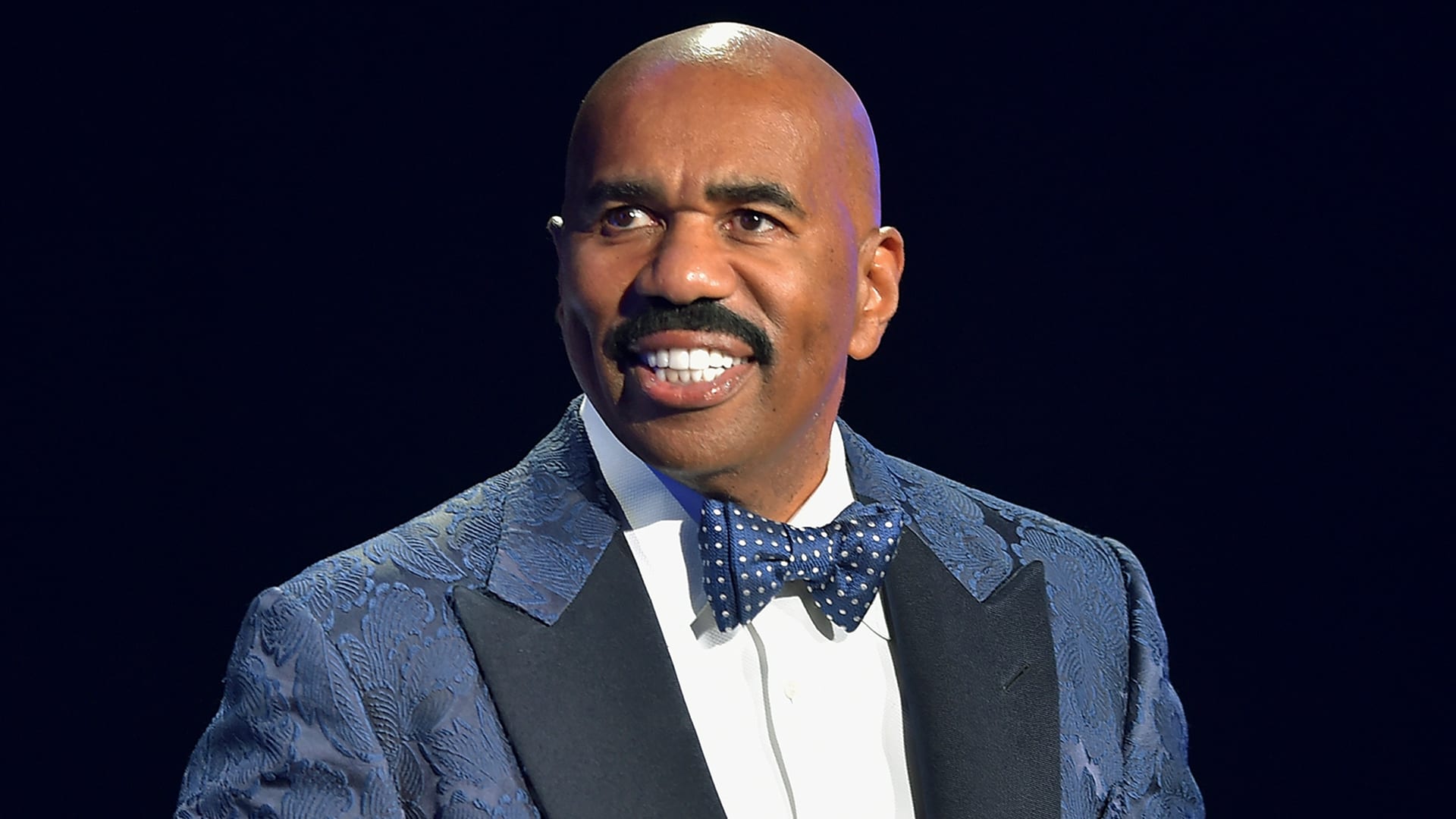 Steve Harvey is an American comedian, businessman, and entertainer. He might be the best known for being the host of the Miss Universe competition, and also for his bestseller Act Like A Lady, Think Like A Man. Let’s learn more about his life, career, and earnings.

On 17th January, 1957, in Welch, West Virginia, U. S., Jess Harvey and Eloise Vera brought their son Broderick Stephen Harvey into this world. His father was a coal miner. In 1974, Harvey graduated from Glenville High School. Later on, he attended Kent State University and West Virginia University. He is also a member of Omega Psi Phi fraternity.

In 2015, the East 112th Street, in which Harvey’s family lived, was renamed to Steve Harvey Way.

Steve Harvey has worked several different jobs, he has been a boxer, an autoworker, an insurance salesman, a carpet cleaner, and a mailman. In 1985, at the Hilarities Comedy Club in Cleveland, Ohio, he performed his first stand-up comedy. At that time, his finances were low, so he slept in his Ford, and showered at gas stations or swimming pool showers.

In 1990, he became a finalist in the Second Annual Johnnie Walker National Comedy Search. This paved his way to becoming a host of It’s Showtime at the Apollo. He hosted the show from 1990 to 2000. In 1994, Harvey starred in the ABC show Me And The Boys. From 1996 to 2002, he starred on the WB network show, The Steve Harvey Show. WB network contracted him again, from 2003 to 2005, to star at Steve Harvey’s Big Time Challenge.

He was one of four comedians featured in Spike Lee’s film The Original Kings of Comedy. Other three were Cedric the Entertaner, D. L. Hughley, and Bernie Mac. Since 2000, Harvey has been hosting The Steve Harvey Morning Show, a weekday morning radio program. In 2003, he appeared in the film The Fighting Temptations, alongside Cuba Gooding Jr. and Beyonce Knowles. Same year he appeared in another film titled Love Don’t Cost A Thing. A year later, he had roles in the films Johnson Family Vacation, and You Got Served.

Steve Harvey has been married three times, and has seven children, four of whom are biological. His first marriage was to Marcia Harvey, with whom he has two daughters, Brandi and Karli, and a son Broderick Harvey Jr. The marriage lasted from 1980 to 1994. Two years later, he married Mary Shackelford, but they divorced in 2005. They share a son Wynton. Since 2007, Harvey has been married to Marjorie Bridges. Bridges has three children: Morgan, Jason, and Lori. All three of them were adopted by Harvey.

Steve Harvey’s net worth is estimated up to $200 million.