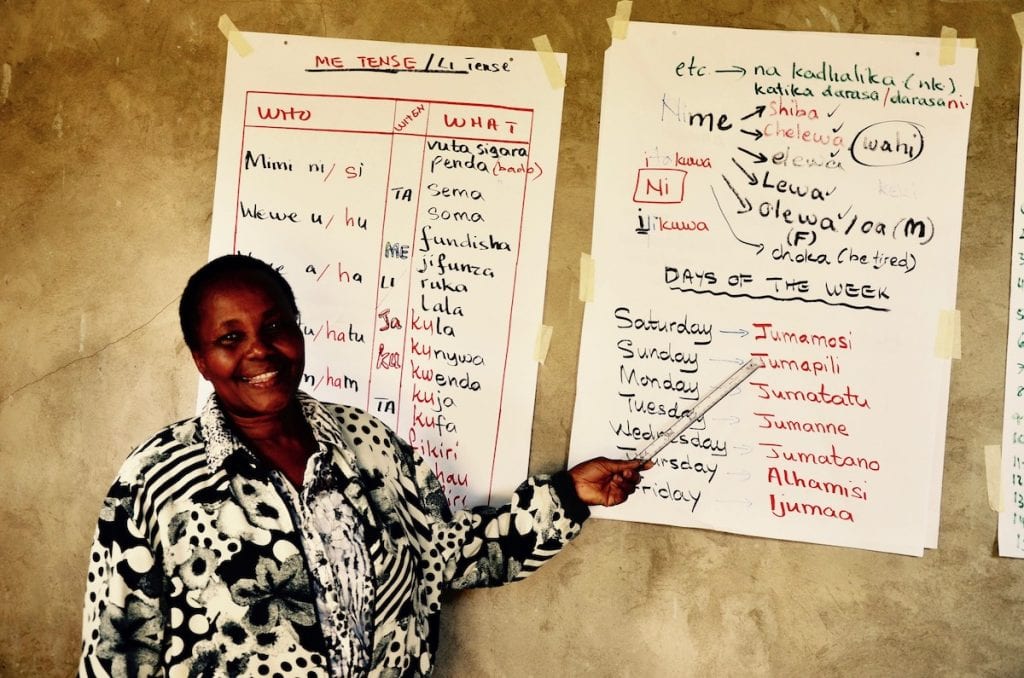 6 Reasons Why Swahili Should Be The Next Language You Learn

Kiswahili or as it is more commonly referred to, Swahili, is a language adopted by communities all over Eastern Africa. There are approximately 24 million native speakers and an additional 80 million who speak it as a second tongue. In some countries such as Tanzania and Kenya, it is even an official dialect. But, why should you choose to learn this interesting language?

If you are thinking about why you should study this East African language, this article might help you. The text below is going to feature a list of all of the reasons why you should choose to discover Swahili, and it will mention some tools that you can utilize when you start the process. Let’s take a closer look:

According to writezillas.com, A lot of languages used on this continent are tonal ones, which suggests that there is a small difference in the pitch of your voice can completely change the meaning of a word. The tonal changes can easily make the learning curve more complex and difficult to understand, but, this particular one is not like that, especially since it isn’t a tonal dialect.

Hence, it is so much easier to understand, read, write, and pronounce words and sentences in Swahili. You can simply speak them as they are written down. Additionally, the words are also short, which makes it easier for individuals to memorize and recall later on.

If you completely comprehend it and choose to go to Africa, you might notice that there is a wide range of dialects there, some of them are were even created from a combination of English and Kiswahili. This is also one of the reasons why English native speakers can quickly master Swahili and the reason why it is also offered at colleges as a second language all over the globe.

The culture of the natives has been continuously built for several centuries, which means that there are a lot of stories, myths, folklore, and legends to explore. The most loved, important, and cherished ones are still told today. This means that you can explore the tales that revolve around tribesmen and soldiers that have done a lot of certain communities.

Besides this, you can also explore the nation’s music, which is quite orthodox and mostly inspired by Arabic music. If you choose to listen to some of them while you are studying, you can discover even more fascinating things about the leaders of the tribes, as well as the traditions that they have during wedding ceremonies.

Lingua Franca means that the vocabulary of the Swahili people evolved over the centuries by involving more and more words that are derived from other ones such as French, Persian, German, Portuguese, and, of course, English. What does this mean? Well, it is a tongue created from more languages that can be spoken in a lot of places.

The fact that it is derived from the aforementioned ones means that you’ll be able to absorb it easily and quickly, no matter where you are from. Whether you are from Germany or France, you’ll most likely find some words that resemble or are the same as the ones in your native tongue.

It is incredible how much it is present in pop culture today without us all realizing it. For example, “The Lion King” cartoon has utilized a dozen Swahili words during the entire movies, mainly used for the names of the lion, as well as some expressions. The most common expression? “Hakuna Matata” which is sung by Timon and Pumba, means “No worries” when translated.

Another popular franchise that has used Swahili is the video game “Halo 2”. This game was produced by the famous Microsoft, and it does incorporate several words that are most commonly used in important character dialogues and they can be seen throughout the gameplay. This means that you can connect with some movies, TV series, and video games better after learning it.

There are over 10.000.000 people speaking it all over the world, which makes it quite logical that there are a lot of online courses that you can choose to take. Naturally, there will be a small fee, however, it will make the process easier since you’ll already get the materials you need for studying.

Also, there are programs where you can choose to study by yourself and other ones that offer tutors for your classes. Whatever option you opt for, it will definitely ensure that your education experience is better, less complex, and overall less stressful for you. Additionally, you might feel more comfortable with studying with someone who knows to speak it well.

Now, this is something that can be said for any language that you choose to comprehend – once you go through the entire process and figure out how to properly read, write, and speak Swahili, you’ll instantly become richer. Here, we are not talking about money, instead, emotional richness. You’ll feel fulfilled and proud, and you’ll most definitely want to go to Africa and try speaking it with the locals there.

As you can see, there is actually a wide range of reasons why you should opt for discovering the Swahili language. Not only is it easy to read, write, and understand, but, it is also extremely fun and interesting to master it, especially since it is formed from a wide range of different languages.

So, now that you know all of the reasons why you should choose Swahili or as it is known, Kiswahili, you should not really lose any more of your time. Instead, gather your training supplies including a dictionary, notebook, books, and your laptop, and start learning this mesmerizing language right away!