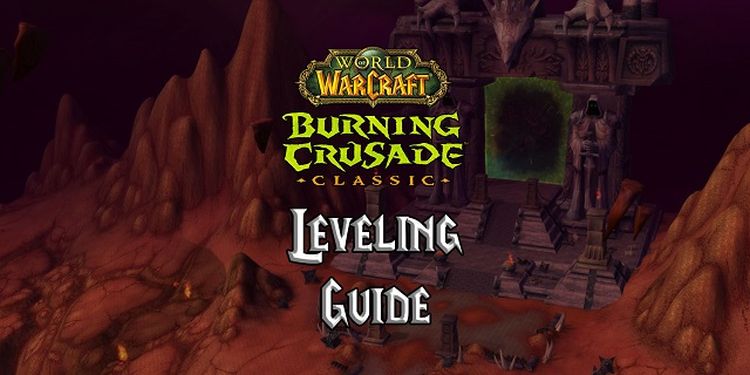 Not every video game can be relevant for almost two decades. Most modern video games last a few years before either falling off slowly or before some other title takes over. However, a select few gaming studios can boast with the fact that one of their titles has been at the very top of video game industry for more than 15 years. Even the best of the best cannot achieve this feat, but Blizzard Entertainment, now known as Activision Blizzard, managed to do it with their planetary hit World of Warcraft. After almost a decade of real-time strategy games in the ever-expanding Warcraft universe, the developers decided to switch to the MMORPG (massively multiplayer online role-playing game) genre at the end of 2004 when they released the first World of Warcraft (WoW), since referred to as Vanilla WoW.

The game was an instant hit and millions of players logged in daily to level up their fantastical characters and battle enemies across a large playable world. Three years alter in 2007, the first expansion for the game came out, titled The Burning Crusade (TBC) and continued a lot of the story from the Warcraft III games. Returning heroes and villains as well as new playable races brought in a new wave of players and started the golden age of WoW. After a decade since then, seven more major expansions came out with varying success. In the recent few years, players have argued that their favorite game is not the same, that it has lost its charm and that modern gaming trends ruined it. Luckily, Blizzard made a move that may as well saved their franchise, at least for the time being

When the gaming company revealed that they would be releasing an updated version of the original game, the players lost their collective mind and could now wait for it to happen. Around 15 years after the release of WoW, WoW Classic saw the light of day and, again, brought in millions of new players with the old payers returning for nostalgic reasons. The graphics and the gameplay elements are the same as in 2004, and there are only minor changes to help with the optimization. Returning back in time like this is not possible in the real world, so this is the next best thing.

The question on everyone’s minds was what would come next and whether there was going to be a classic version of every other expansion. Lo and behold, in May of 2022, WoW The Burning Crusade Classic came out. Right now, it is equally as popular among the players as the original game, which is in its eight expansion called Shadowlands. Actually, more players are actively participating in the TBC Classic than Shadowlands and it is also the more streamed and watched game on online platforms.

If you are looking to relive one of the best times in the game or try it for the first time, you will need some tips on how to level. In this article we talk about the fastest leveling methods for World of Warcraft Burning Crusade Classic and how to do them. Continue reading to find out more and make sure to check out https://buy-boost.com/wow/wow-raid-boost and get boosted for the best type of help while leveling and strengthening your characters.

The go-to mechanic of leveling in any MMORPG is doing the quests. There are thousands of them scattered across the in-game world and NPCs are ready and waiting for you to come by and pick a few of them up. While you are doing them you will be getting experience needed for the levels. However, the bulk of the XP reward comes once you turn the quest in and complete it. The more quests you do, and the faster, the faster you will reach the level cap of 70 and get to enjoy the endgame content. Main story quests reward more, but harder ones not meant for your level yet earn the most. This is only achievable if you group with a few more players to make things easier for all and complete the harder content.

The fan-favorite form of leveling is the act of doing dungeons. Dungeons are scenarios in which groups of five players battle through various caves, catacombs, fortresses, and lairs against special encounter bosses and their minions. Completing dungeons not only rewards a ton of experience, particularly the first few times around, but also gives you better weapons, armor, and items that you would otherwise get in the open-world quests. Speaking of quests, there are also those that ask of you to complete dungeons or do something inside of them. This means that a combination of question and dungeon clearing is by far the top combo for a fast leveling of characters.

3. Do Things Between Quests and Wait Times

Getting ready for an instance or arriving to a destination where the quests are located gets tedious and tiresome. There is a lot of downtime in WoW spent either running, riding, or flying. To beat that, or rather, to make use of it, make sure to do something along the way to your destination. The less downtime you have, the faster you will level up. For example, you can kill random enemies along the way or level up your professions while you are traveling. Collecting items that may be useful later from the enemies you kill is another way to secure a quicker experience gain down the line. Simply, be productive and always have a goal.

Just like we do in real life, our characters in the game can get tired from all the work they are doing. Slaying beasts and defending the world is hard work, so it is understandable. Joking aside, the resting mechanic in the game exists for a reason. It rewards the players for returning to the game after being offline for some time. Once you log back in and get the message that your Orc Shaman is rested, you will be getting more experience than otherwise. Make use of the rested XP system every day until you max out your hero. It is faster than simply gaining XP any other time. The rested XP can grow up to 150%, or 15 XP bubbles. Also, logging off in a Capital City like Stormwind or Orgrimmar, as well as in an Inn, grows the rested XP bar quicker. You gain it at a rate of 5% every 8 hours there, while you only gain 1.25% per 8 hours in other locations.