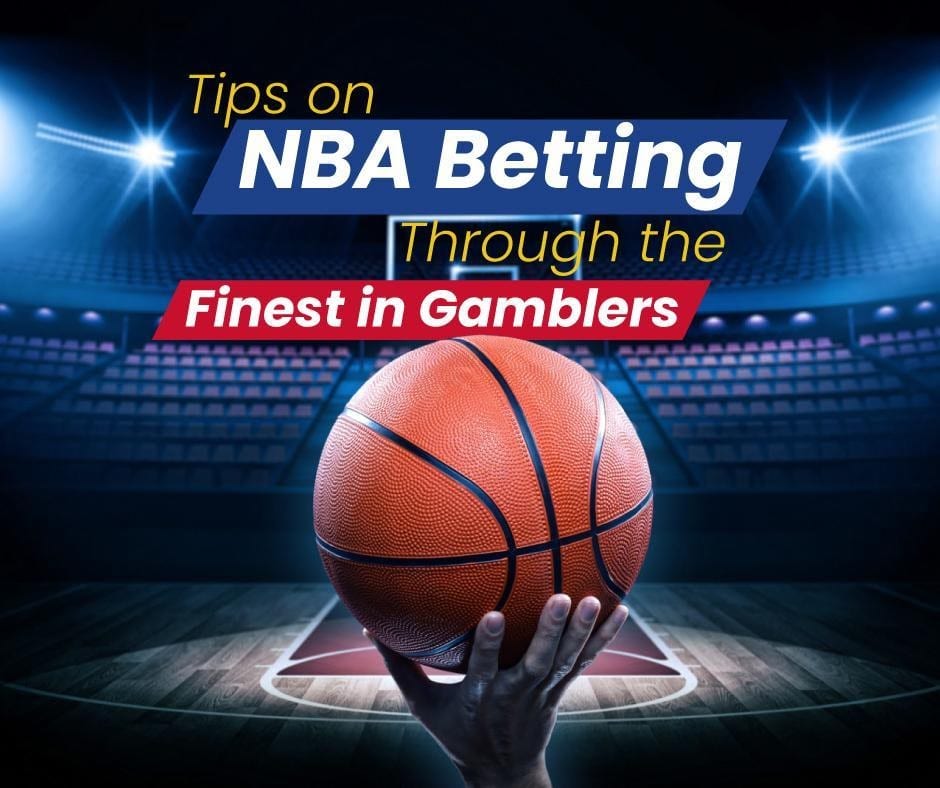 Tips on NBA Betting from the Finest Gamblers

The NBA season is back, which is great news for basketball fans and even better news for NBA bettors. This new season not only presents the highest level of competition in the sport, but also gives sports bettors the opportunity to make some quick cash from the games.

Sports betting was definitely not left behind by the rise of online gambling. Placing a bet on your favorite team or favorite player nowadays will just take you a few clicks. However, betting on the NBA is not always profitable. In fact, it can even cause financial distress if you’re not careful. This is why it’s important to be aware of some tips and techniques that winning gamblers employ when betting on the NBA.

Online betting is simply more accessible than your local sportsbook. People who bet on sports online no longer need to exchange any pieces of paper or meet other people to place a wager.

Furthermore, legitimate sports gambling sites offer a selection of secure options for deposits and withdrawals. Online sports bettors can instantly reap their winnings after a winning wager with some sites offering near-instant withdrawal options. Some sites also offer bonuses for new gamblers who sign up, which can be great for netting you wins without having to risk a single dollar.

Where can I place bets?

There are numerous sports betting sites to be found on the internet which offer sportsbooks on various sports and different types of bets on the NBA. It’s important to take a careful look at these sportsbooks and consult reviews in order to ensure their security.

It’s advised to sign up for different online betting sites in order to take advantage of the various signup bonuses that these sites offer. These different sites may also offer different odds for the same games at times, so you can bet on the site which offers the best odds for your pick.

How does NBA betting work?

Betting on the NBA is not always as simple as picking the team you think would win. There is a variety of bets that you can make on a particular game, and each bet has its own advantages and disadvantages. The choice is yours as to what type of bet you’d like to make depending on your preferences and your own assessment.

Another way of betting on the final outcome of a game is by betting on the spread. The spread is often represented like: Los Angeles Lakers -9.5 versus the Washington Wizards +9.5. Just like the moneyline, the positive sign represents the underdog while the negative sign signifies the favorite. However, the amount you win is the same whether you bet on the underdog or the favorite.

When betting on the spread, what’s determinative is the difference between the final scores of the two teams. In the example given, the Lakers would have to have won with a lead greater than 9.5 for a bet on Los Angeles to win. On the other hand, a bet on the Wizards would win either if the Wizards win outright or if the Lakers win but the Lakers fail to cover the spread and their lead at the end of the game is less than 9.5.

For those who can’t pick a team to win, it’s possible to bet on the over/under instead which takes into account the total final score of the game regardless of who wins. For example, a game between two teams would have an over/under of 203.5. Thus, if the final score is 104-100, for a total of 204, the over bet wins, while if the final score were 100-98, the under would win.

Proposition bets are bets placed on particular outcomes, or propositions, which can range from totally random outcomes such as who would win the jump ball, to more calculated bets such as whether or not a player would breach 24.5 points in the game.

While it’s generally less advised to bet on random proposition bets, they can become profitable if such bets are placed on the predicted stat lines of reliable players.

These are bets that can be made at any point in the season for outcomes that aren’t to occur until the end of the season. Bettors may wager on the occurrence of events such as who wins the MVP trophy, who takes home the NBA championship, and other outcomes that will take place in the future.

The odds in these bets are similar to the moneyline in that the favorites are relatively less profitable bets than the underdogs. These odds, however, are bound to change depending on how the season unfolds for a particular player or team.

A huge part of what makes the NBA so entertaining, apart from the superhuman feats of the best basketball players in the world, is the drama involved in the league. Rivalries, whether between teams or players, develop throughout the course of the season. Ill feelings likewise arise due to events such as a player getting traded by a team.

You don’t have to watch every single game to keep track of the storylines. There are multiple sites online, such as lines.com, which offer the latest news and in-depth analysis of what’s happening in the league. Use this information to see which players are liable to have big games, such as when a player is playing against the team that traded him, or when two MVP candidates are set for a showdown. This can help you make proposition bets that you can be confident in or even be a factor in your decision as to which team will win.

NBA statistics are updated everyday in reference sites online. These are highly useful when making bets as you can consider these averages as expected outcomes to be compared to what the sportsbook is predicting.

While statistics aren’t always exactly determinative of how many rebounds a player will grab or how many points a team can score, they can and must still be taken into account, together with other factors such as a team’s schedule and the other team’s statistics, to make informed and logical wagers.

Due to the intensity and physicality of the NBA, it’s not unusual for players to get injured and miss a few games in order to recover. Injuries, whether on stars or role players, can make a significant impact on a team’s next game.

For example, a team missing a key defender may be taken as a sign that the other team’s star player at the same position will potentially have a high-scoring game. Superstars missing games due to injury may also be a reason to bet on the underdog when betting on the spread, as it’s far less likely for a crippled team to blow out the opposition, even if the opposition has a far weaker lineup.

Don’t Be Afraid to Bet on Underdogs

When taking all the other considerations mentioned above, along with other factors that you deem to be important, you should not hesitate on betting on the underdog especially when logic tells you to do so. It might make you hesitant to bet on the team that everyone expects to lose, but sometimes, especially in the NBA, bad teams can stand a chance even against reigning champions.

Plus, when betting on the moneyline or on futures bets for example, a winning wager on the underdog can pay much more than a safe bet on a favorite. As long as you’re confident and as long as there’s a strong argument to be made for the underdog, there’s no reason not to bet on them.