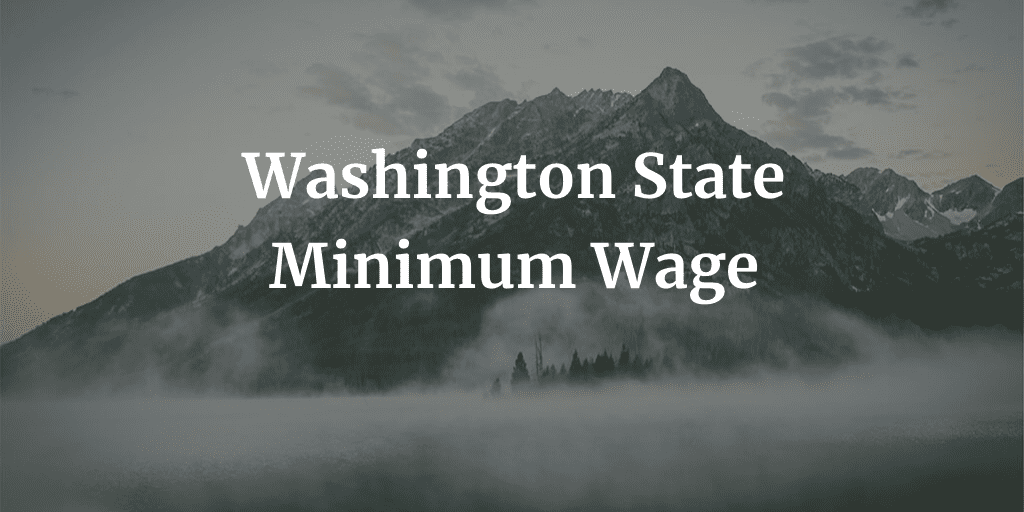 Currently, the minimum wage in the state of Washington is $12.00 per hour. However, it doesn’t mean that the largest city in the state, Seattle, needs to follow their instructions. The minimum hourly wage in the city of Seattle is $15.00. A majority of people are mistaking Seattle for the capital of the state of Washington. In fact, the capital of this state is Olympia. This can be surprising to hear for a lot of the people because when you compare the populations of these two cities, you’ll see that the population of Seattle is roughly ten times bigger than Olympia’s. Anyway, when it comes to the minimum wage in the state of Washington and its legislation, roughly a quarter of a million workers will be eligible for paid overtime work, that wasn’t the case before. Now, let us sink our teeth in this topic a little bit more.

In 2019, the minimum wage in the state of Washington was $12.00. This salary was approved back in late 2016. This initiative had some other business-related rules that helped shape the situation that surrounds all of the employers and employees in this state. The new plan that will be launched in 2020 is definitely an improvement compared to the previous years.

If you are not familiar with the term “salaried workers”, we are going to explain it to you. This means that those workers have a fixed salary, and it doesn’t matter how many hours they work, their salary will be the same.  According to the current federal standards, which are the same for the last fifteen years, salaried workers need to have at least $23,660. When you calculate it and divide it on weeks, you will have the result that is not so encouraging, $11.35. According to the new legislation that is going to be published on the 1st of January 2020. This salary is going to jump to $35,568. When you divide it into weeks, you are going to see that this is a little more than $17.00 per hour.

This will be the minimum wage in the state of Washington as of the 1st January 2020. As you can see, the state of Washington following the federal guidelines pretty closely, and they will have to change their whole salary-related legislation in just a few months. Under the new legislation, people who work at the companies who have less than fifty people would be considered $35,000. At the same time, the companies that have more than fifty employees would reach this amount of $49,000. According to the plan, these bars are going to start going up in 2022, and they will reach their current maximum in 2026. This is very good news for all of the workers in the state of Washington.

Seattle, a city that is frequently mistaken for the capital of the state, will have a minimum wage increased to $15.75 per hour for businesses that have less than 500 workers. At the same time, companies that have more than 500 employees will have $16.39 per hour. It looks like 2020 is going to be a really great year for all of the citizens of the state of Washington and the city of Seattle.