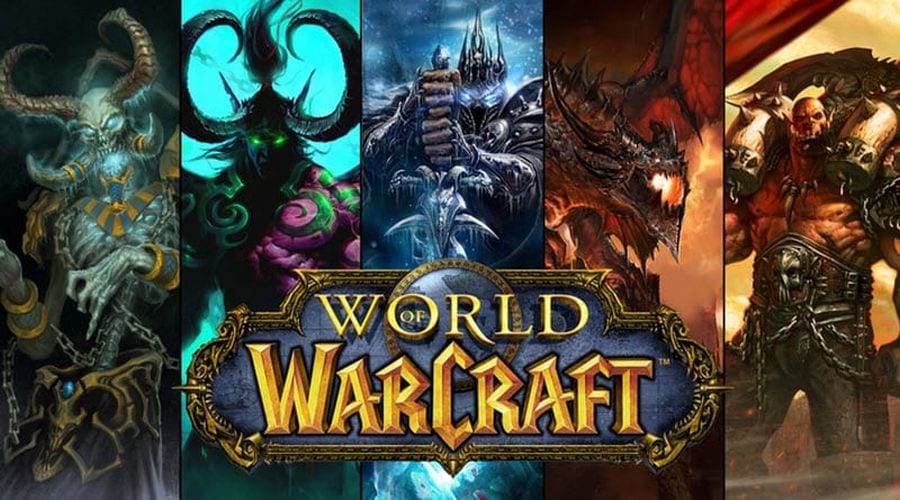 Most Popular World of Warcraft Expansions

People spend their time online in several different ways. Some users would rather choose to spend it on social media. Others prefer to improve their knowledge through different educational materials. Yet, a huge number of people consider the online world as an entertaining tool. Because of that, the gaming industry is experiencing popularity growth.

The popularity of MMO games is not something new. This growth started 15 years ago and it remained until today. Most people associate online games with kids. However, you will also find grownups that are playing them actively. Some gamers achieved huge successes and earned good profit thanks to good gaming skills.

One of the games that are popular for more than a decade is World of Warcraft. We do not want to say that number of active players has declined a little. Yet, there are still millions of gamers that log in every day to play this game. They work hard to achieve their goals and sometimes use different helpful tools to be more effective. For instance, some of them prefer to buy WoW classic gold. This truly is a valuable thing for the users and if you want to purchase it as well, click here.

WoW had different improvements from the first day of its appearance on the “worldwide stage”. Because of that, we have 8 expansions of the game and each one was more or less popular among users.

Let’s find out together the most popular World of Warcraft expansions.

Wrath of the Lich King

It might happen that younger gamers haven’t heard about this expansion. It is the second one that this game got in 2008. However, many older gamers will tell you this is the greatest expansion of all time. There are two things that these people remember. In this version of the game, they have been introduced to the Northrend continent. Despite that, the players got the most cunning villain of the series. More precisely, the former Crown Prince of Lordaeron (Arthas Menethil) turned Lich.

There are several different explanations of why this expansion became so popular. However, cut scenes and a wide range of things to do in the game are the two most common reasons. The entire story of the game was associated with the singular evil threat. Each minor foe was somehow touched by the Linch King.

This is another expansion of the game that most young adults do not remember. We have to back in 2007 to describe one of the best expansions. The gamers got a brand-new continent for the first time and its name was Outland. Despite that, the players had the chance to meet with Draenei to the Alliance and Blood Elves to the Horde for the first time. The new “invention” allowed them to the new gaming experience. They had the opportunity to choose between a host of new regions to conquer or explore. Keep in mind that everything was completely new and modern at that time. Because of that, this game grabbed the attention of people.

Anyway, every Horde played got the chance to play as Paladin. This class was primarily restricted to the Alliance players. However, the Alliance players got the chance to play as Shamans. These introductions to previously restricted classes brought different PvP considerations in the expansions. Despite that, the max level was improved to 70. In the previous version of the game, players to maximally reach the 60th level.

Because of these amazing features, many older people feel nostalgic when talking about it. These were the first steps of the true development of online gaming.

Cataclysm expansion was released in 2010 and you can hear different opinions about it. Many people will tell you it is a controversial type of expansion. Indeed, it was set to be an epic experience. However, there was one downside that many gamers complained about. The entire story of the WoW completely changed the face of Azeroth. Despite that, the areas that were completely the most popular ones changed as well. For instance, some of the continents were divided in half and that changed the entire picture of the world.

Well, we assume that long-term players are those that were not satisfied with these changes. They got used to their favorite areas and it was hard for them to adapt to the new expansion. Yet, we can’t deny the impact on the gaming world that Cataclysm has. Because of that, it deserves to be in third place of this list.

The level cap in this version was increased from 80 to 85. Despite that, the new max level was now 10. Many gamers were requiring this in the previous versions when the maximal level was 5.

As we said, the extensions since 2010 were a bit controversial for the entire gaming world, Many experienced players complained that the game was too simplified. Because of that, it became less challenging and engaging for them. Well, things were not a bit different with Legion expansion. Many players accepted it because of the new class that this version brought.

After a longtime drought, WoW got the Demon Hunter. Together with Demon Hunter, the game got new zones, a new level cap, and new weapons. Leveling those weapons to their powerful form was tougher in this expansion. Despite that, the quality of the storyline was improved as well. Many gamers got addicted to it and strived to spend hours of their time in front of PC. There wanted to explore every cranny and nook of the storyline.

These 4 expansions are the most popular ones in Wow’s history. However, we do not want to say that the other 4 were not. However, they all had some disadvantages that distracted players from playing it. For instance, Battle for Azeroth is the latest version of this game. The expansion is not freemium and you will have to invest money to play it. Indeed, the level cap in this version is 120 and you will experience two new continents. Yet, people that are not willing to spend money, won’t have the chance to see that.

Anyway, World of Warcraft will always remain synonymous for the gaming world. Many MMO games that were released later were inspired by its storyline. We encourage everyone who looks for action to start playing it.